Former Governor of Old Anambra State, Chief Jim Nwobodo, has been ordered to vacate his residence in Maitama, Abuja over his alleged inability to pay rent.

According to report, Nwobodo has reportedly not paid his rent and has also refused to vacate the building which is a six bedroom mansion with one bedroom guest chalet and two rooms’ boys quarters property situated at 24 Ona Crescent, Plot 768 Cadastral Zone A5, Maitama Abuja.

It was also reported that the owner of the property hired a lawyer, Obinna Ajoku, to evict him from the building when Nwobo refused to pay the rent in question.

After all entreaties failed, Ajoku filed a case against Chief Nwobodo at the Abuja High Court.

When the matter was filed at an Abuja High Court presided by Justice S. B. Belgore,  Nwobodo to relinquish the property to the owner, Adin-Miles International Limited.

The property owner claimed four reliefs against Nwobodo, stating that he should deliver vacant possession of the property, he was also ordered to pay N11 million as rent and N3 million to renovate the premises. 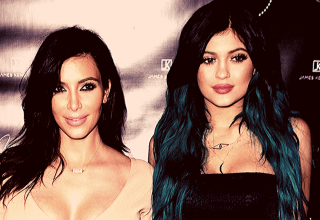 Kim Kardashian and Kylie Jenner in a new teaser for their upcoming make-up collaboration, …