The New York Police Department has announced the promotion of Deputy Inspector Olufunmilola F. Obe toNY the rank of Inspector.

When her promotion was announced at a ceremony at Police headquarters in Manhattan on Friday, December 18, 2015, there was a tumultuous roar of approval from the audience of many Nigerians and other African leaders in the New York region, who had been invited to witness the ceremony, including Imam Souleymane Konate.

Inspector Obe began her career with the New York City Police Department in June, 1992 as a Police Cadet assigned to the 24 Precinct. In February 1994, she was sworn in as a New York City police officer and assigned to the 17 Precinct. She has also served at the 19 and 50 Precincts, as well as the Property Clerk Division. She was promoted to Sergeant in December 2000, Lieutenant in July 2005, Captain in September 2008, and Deputy Inspector in June 2012.

Currently the Commanding Officer at the 28 Precinct, Inspector Obe has also commanded Police Service Area B. She also served as Executive Officer of the 19, 25 and 34 Precincts.

Inspector Obe holds a Bachelor of Science degree in Computer Science from The City College of New York and a Master of Public Administration from Marist College. She is a 2014 graduate of the Police Management Institute at Columbia University.

Inspector Obe has been married to her husband, Peter, for 19 years, and they have three children, Ayodele, Tola and Timi.

The African community congratulates this trail-blazer in policing in the United States of America, and wants the world to know that they are very proud of her accomplishments. 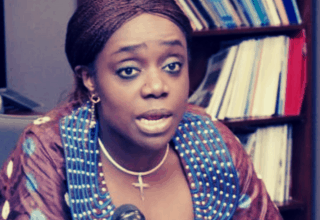 The Federal government has paid N375.8 million to whistleblowers that have made possible the …