By DARE ESAN for Complete Sports

The Nigerian, running her second race on the track after storming into a 22.82 seconds finish in the 200m last month in Texas, USA, battled with a -1.7 m/s head wind to place second behind USA’s Bartoletta Tianna who ran 11.23 seconds to win her first of two events at the meeting.

Okagbare’s performance does not inspire any confidence as her would-be-competitors at the Rio Olympics later this summer were flying at the weekend.

Tori Bowie, the USA sprinter who won the 100m bronze medal at the 2015 IAAF World Championships in Beijing, China, won the blue ribband event at the opening leg of the IAAF Diamond League in Doha, Qatar with a classic 10.80 seconds performance albeit into a +0.7 m/s trail wind, with Dafne Schippers, the Dutch lady who stormed to a 100m silver in Beijing, settling for the second position with a 10.83 seconds run.

Jamaica’s Veronica Campbell-Brown ran 10.91 for third while the Ivorian duo of Ahouré Murielle and Ta Lou Marie-Josée ran 11.02 and 11.05 to come fourth and fifth respectively.

Still in Japan Ajoke Odumosu, who was making a comeback to the track after child birth, was very disappointing as she ran a mind boggling 1:01.40 to place last in the 400m hurdles.

At the Jamaica International Invitational meeting in Kingston, Jamaica on Saturday Elaine Thompson ofJamaica, 200m silver medallist in Beijing last year, ran a wind-aided 10.71 seconds to win the 100m event ahead of USA’s English Gardener (10.85) and Trinidad and Tobago’s Ahye Michelle-Lee who ran 10.98 to place third.

Meanwhile high jumper Doreen Amata will be the lone Nigerian in action when the second leg of the 14 legs IAAF Diamond League train makes a stop in Shanghai, China on May 14.

Amata will compete in the high jump event where she holds a 1.86m personal season’s best.

The mother of one who celebrated her birthday last Saturday will be hoping to become the first Nigrian woman to hit the 2m barrier in the vertical jump and Shanghai could provide her with the platform to actualise the dream. 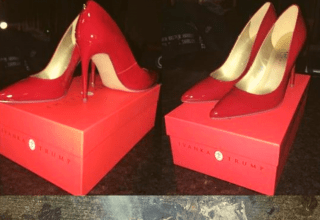